AIDS Cleanup Albuquerque (866) 376-4872 Has someone been hurt in the workplace and their blood is all over the floor? Have you been exposed to blood and other dangerous bodily fluids at home or work? Do you need Aids contaminated blood cleanup? Anytime you are exposed to blood can be dangerous as you don’t know what diseases that individual may carry. AIDS is a deadly disease with no cure and it is increasing rapidly as time goes on. More people have been infected with the AIDS virus now than 20 years ago. Anyone can catch HIV. You have to be prepared when cleaning up blood after someone has had an accident or has died and left behind blood and other bodily fluids. Wearing a biohazard suit, gloves, eye protection, and respirator can help in most cases. If you are not experienced in cleaning up a crime or trauma scene, I wouldn’t recommend starting off right away. You need experience and training to learn about the dangers of cleaning up after suicides, homicides, and accidental deaths.

Albuquerque Crime Scene Cleanup can handle all biohazard incidents either at work or home in Albuquerque, NM. Our crew is highly trained and experienced in cleaning and removing all contaminants and leaving the scene in its original condition before the incident occurred. Cleaning up biohazard waste is not an easy task. You need special chemicals and machines to sanitize and rid the odor of a dead body. $1.50 gallon of bleach and a roll of paper towels are not the way to clean a death scene. Sometimes a scene requires flooring and sheetrock removal to rid the biohazard waste that was created from the incident. Also, you can’t throw medical waste in the local dumpster. That is illegal and it needs to be disposed of correctly to keep the environment safe. You can call us anytime with questions you may have about cleaning up a crime or trauma scene. We always answer our phones! 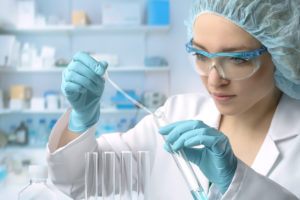