Biohazard Cleanup Albuquerque. Biohazards such as bodily fluids and blood can carry viruses such as hepatitis B, hepatitis C, and AIDS. Biohazard cleanup in Albuquerque, New Mexico.  The decontamination and cleaning of all areas that have been soiled by a blood and bodily fluids are vital in order to reduce and eliminate the risk of infection from exposure to contaminants.  Albuquerque Crime Scene Cleanup is a local crime and suicide cleaning company that is available all hours day and night including holidays. Our company started cleaning biohazard scenes in 2004. With that said, we have cleaned up over 1000 sites in New Mexico alone. Our cleaning specialists are highly trained and insured to clean any biohazard scene. The biggest advantage of using a crime scene cleaning company is that the job is guaranteed to be cleaned and sanitized properly and that there is no risk for any individuals who may be infected by a deadly disease in a contaminated area, making the area safe to occupy in the fastest way possible. When an accident, suicide, or homicide has occurred, you have to move quickly to get the scene cleaned up immediately. This also means that the family members or employees won’t need to get involved in handling potentially harmful bacteria cleaning and sanitizing chemicals themselves. Biohazard cleaning specialists are trained to deal with this aspect of the job efficiently and effectively to make sure the scene in which the incident occurred is safe again.

A crime or trauma scene may involve a blood loss event following a medical accident, suicide or murder. We can also clean up hoarding scenes, unattended deaths, tear gas environments, and other crime and biohazard scenes. Larger scenes involve terrorist attacks, mass murder scenes, and the cleanup of dangerous diseases from blood and other bodily fluids. Call us anytime for fast, friendly, and affordable services in New Mexico. 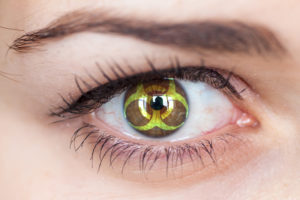